True Sound Mastering offers you a customized and creative audio mastering service. Our goal is to always maximize the artistic component of productions that you entrust us with a refined sound quality.

Our recording studio is built with carefully chosen specialized equipment of which we know how to make the most of. Our artistic sense combined with the technological knowledge makes the difference.

By entrusting us with your works, you make sure to propel them to another level, for the pleasure of the ears of those who will listen to them. 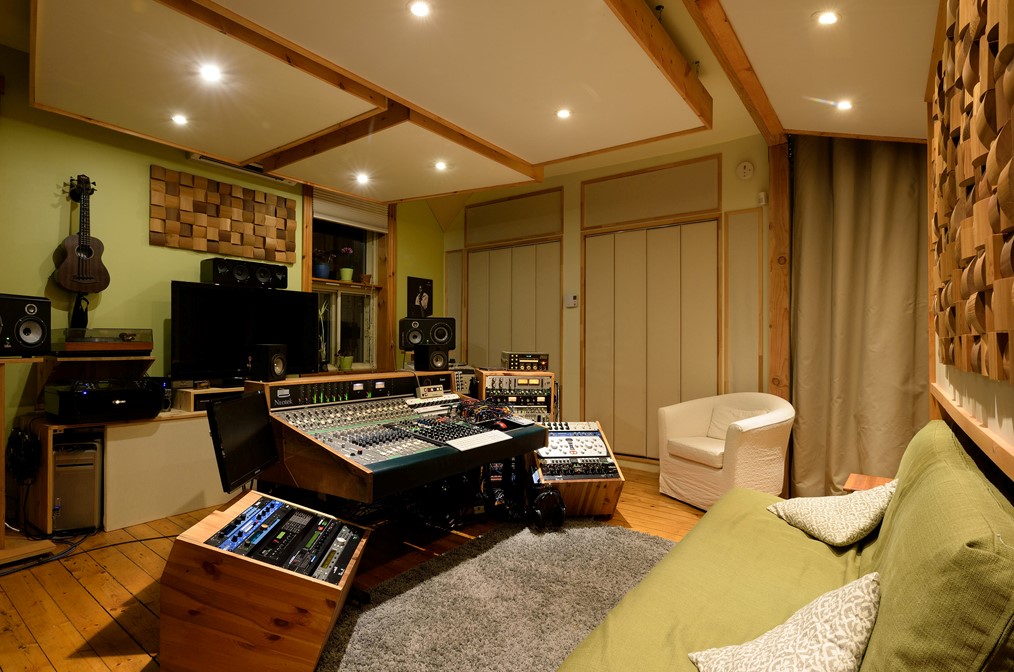 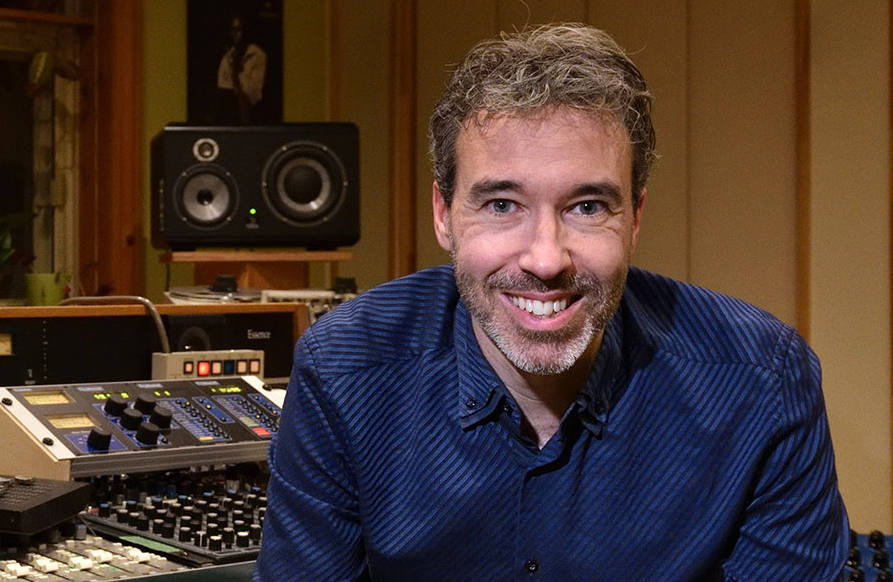 As musician and composer, Louis stands out through a variety of musical styles. He has performed regularly in concerts across Québec, solo and with several classical groups, world music and pop. He has played with the Amalgáma ensemble since the very beginning. On several occasions, he has won scholarships from the Conseil des arts et des lettres du Québec with that ensemble.

Nearly twenty years ago, Louis moved towards recording and producing. Ever since, his main goal has always been to obtain the best sound quality possible in each piece of work that has been entrusted to him and has done the same for shows in which he has taken part in as sound designer and engineer.

Shortly after, he discovered an art which has fascinated him since: mastering. He has fully grown into this craft which demands as much of a rigorous technique as his artistic sense.

Louis Morneau is by far the best collaborator with whom I have worked! He is very professional, effective and rigorous. 100% of my projects were a great success thanks to his excellent work. I have come to the conclusion that Louis is irreplaceable!

I’ve been working with Louis Morneau for over ten years. His talent and passion combined makes Louis a dedicated engineer, with an impressive eye for detail. He always listens to our needs and important parameters for each projet. Results as well as customer experience are constant and sustained by excellence.

We started to retain Louis’s services four years ago already and we have never regretted it.  Louis is a meticulous professional. He listens to our needs and suggests solutions to us.  With him, everything is possible, despite the constraints and the time limits. Working with Louis is done in harmony and respect.  Thank you Louis to allow our voices to be heard!

I have worked with Louis Morneau for several years. His great skill, know-how and efficiency combined with attention to detail and fluidity in interpersonal relationships within a team make him a person whose services are sought after, dynamic and greatly appreciated.

For the recording and mixing of Miguel, we were looking for an entanglement of two audio sources that preserve all form of intelligibility in the lyrics and the music. We were expecting a lot from Louis in that regard… and he has exceeded our expectations! Both intuitive and meticulous, his recording and mixing work has enabled us to achieve the organic and precise fusion of the guitar and of the spoken voice to which we were aspiring. His technical expertise and his musicality have managed to glorify the poetry of Miguel Hernandez, the interpretative playing of Catherine Ego and the timbral richness of Arturo Parra. The infallible kindness and the enormous generosity of Louis makes him an invaluable partner that we will be happy to reunite with for our next album…

Richard Lafleur and myself have been doing business with Louis Morneau for many years for the mixing and the mastering of our music albums, whether it be for our band, Clara and the Sky, or for the customers of Studio Sonaris. Louis is an experienced professional, a good listener and he is trustworthy... with his bionic ears, he hears everything! Seriously, we are very satisfied with his services and we always have a lot of fun working with him. You are in good hands.

Louis is a receptive, patient, and competent sound engineer, with a selection of fantastic equipment. He does his best to achieve the end result you are looking for while offering helpful suggestions. Working with Louis is always a positive experience!

To work with Louis Morneau is above all pleasure in the human relationship, never tainted by negativity even under pressure. An attentive ear to artists’ requests but also to production staff, a great capacity to adapt to changes and an openness to creation even outside the box. That’s when he wants….

I am pleased to tell you that I often receive very nice testimonials about my album. For some thirty years, one of my best friends and her partner have been jazz and contemporary music lovers.  My material is generally not their type.  Much to my surprise, on my Facebook account , this friend has highly recommended  buying my CD.  She likes this album. Talk about that! One of my friends brought 30 in France.  She likes everything about this album. There are plenty of other nice comments. It’s really great! Louis, I wanted to share all that with you since you have contributed to it with your good work in terms of audio and also through your valuable advice which I very much appreciated. The result is superb and I am very pleased!!!!!   I’m delighted in every way

I only have good things to say about my collaborative experiences with Louis Morneau. He is a true master of his trade and he brings his passion, his creativity and his impeccable availability to listen to projects both in a sensitive and efficient way.

Working with Louis is always very pleasant. Whether it be in studio or on tour, I always really feel that I am in good hands. His ear for music, his true competence and his passion for audio engineering are undeniable. But I would say that it is his human qualities such as his sensitivity, his ability to listen, his availability and his great generosity that makes all the difference.

I am a little feverish to think that our concert is already Saturday; I'm glad to know that you're still here to make our sound. You are truly a master in what you do. I have listened to all the recordings of our concerts again since you have been with us and I am so impressed by the balance of sound of the choristers and musicians. You really understood what I am looking for for the amplification of a choir.

The sound quality of the recording is really outstanding and what you manage to do is absolutely awesome.  I presented the CD to many musicians with fine ears and they unanimously said that the sound texture of the piano is exquisite. I would also like to thank you for your professionalism and your good mood.  I really appreciated your sense of duty, especially the time when we had to stay in the studio until the early morning hours. It was very noble of you!

Louis Morneau is a perfectionist sound artist who devotes himself totally in order to give us an exceptional audio quality during shows. He is meticulous and is in constant search for perfection. He is also very pleasant to work with and respects all those involved in a show. He is part of the 5 star soundman category! It’s rare and precious!

Audacious and virtuoso, his major works from the contemporary guitar repertoire requires an extreme clarity in the playing as well as in the recording. Thanks to his extraordinary talent for the sound design and to the open-mindedness that he has demonstrated throughout our discussions, Louis Morneau has been able to implement my unique audio vision of those compositions while displaying in Exilio the refinement of his own listening and his extraordinary  technical knowledge. Patient and friendly, he has also made each of our recording and mixing sessions a passionate conversation between enthusiastic creators.

Our artistic sense combined with our expertise in the latest technologies ensure to bring your work at another level of quality, with a depth and a rich sound that will please your ears.
See what our customers think about our services.